The Eclipse 2017 Umbra Viewed from Space

As millions of people across the United States experienced a total eclipse as the umbra, or moon’s shadow passed over them, only six people witnessed the umbra from space. The space station crossed the path of the eclipse three times as it orbited above the continental United States at an altitude of 250 miles.

Glory of the Heavens 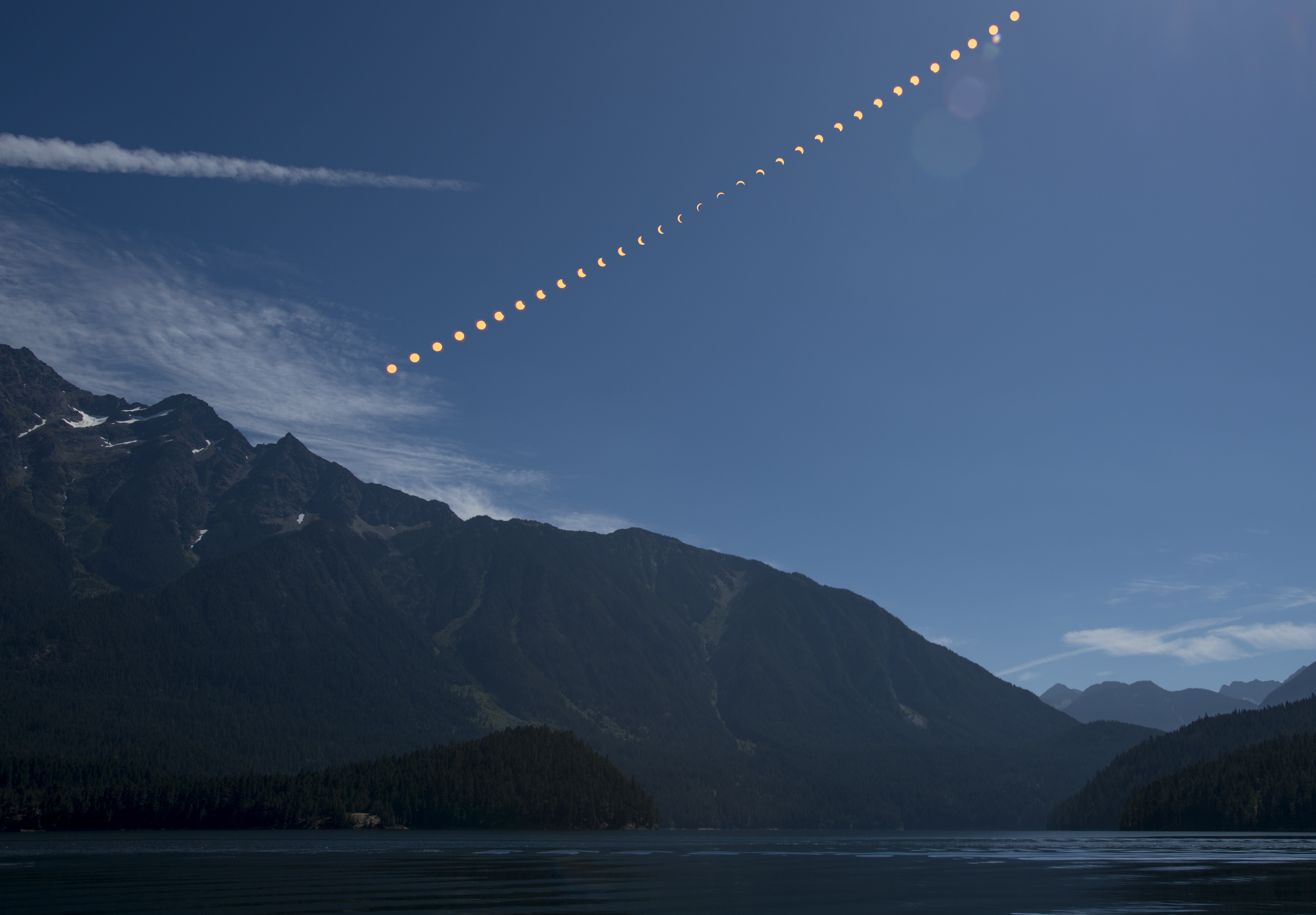 This composite image shows the progression of a partial solar eclipse over Ross Lake, in Northern Cascades National Park, Washington on Monday, Aug. 21, 2017.

As the Sun rises at Space Launch Complex 41 at Cape Canaveral Air Force Station in Florida, a United Launch Alliance Atlas V rocket vents liquid oxygen propellant vapors during fueling for the lift off of NASA’s Tracking and Data Relay Satellite, TDRS-M.
Get The Details…

Jupiter: A New Point of View

This striking Jovian vista was created by citizen scientists Gerald Eichstädt and Seán Doran using data from the JunoCam imager on NASA’s Juno spacecraft.
Get The Details…